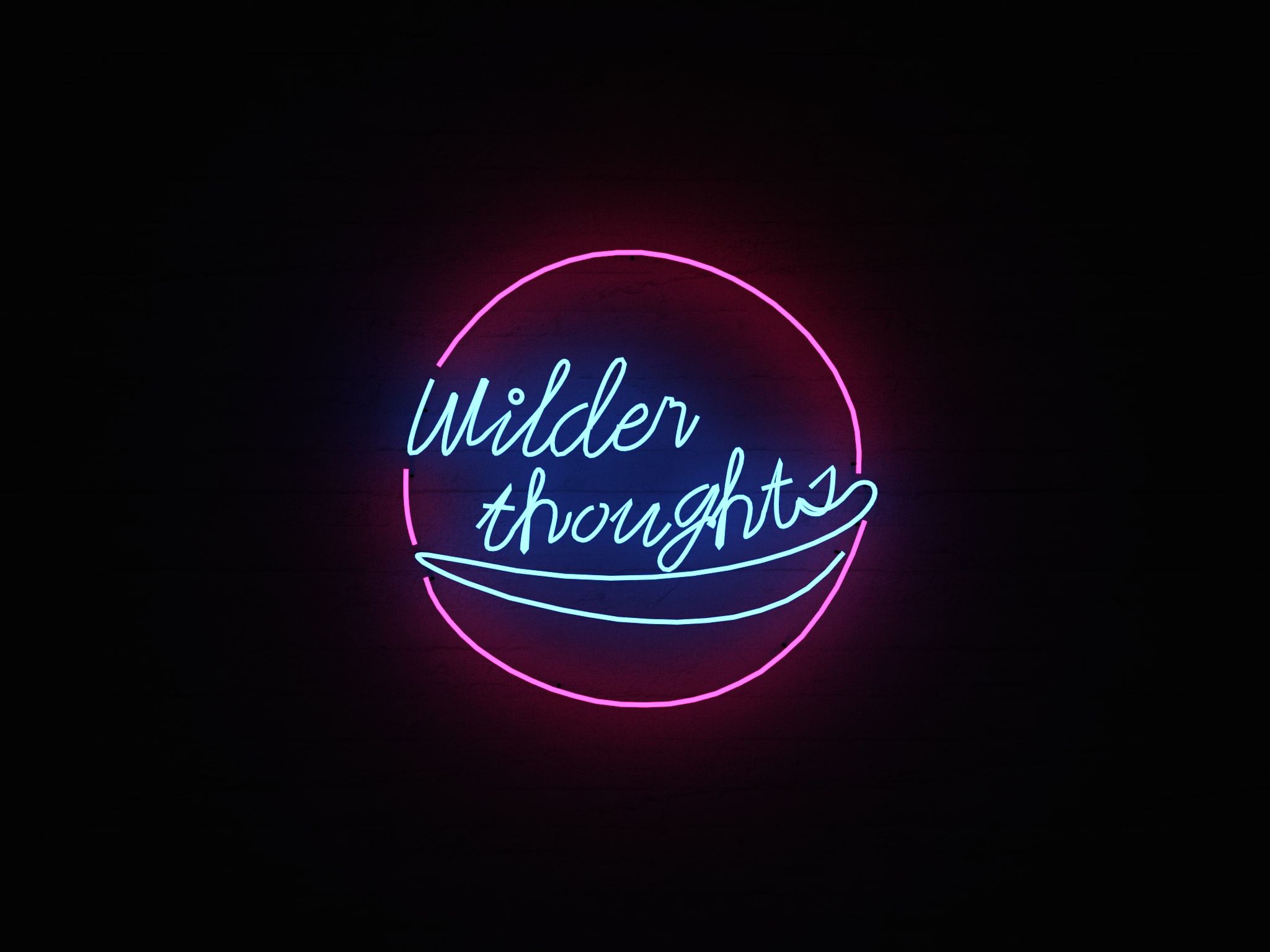 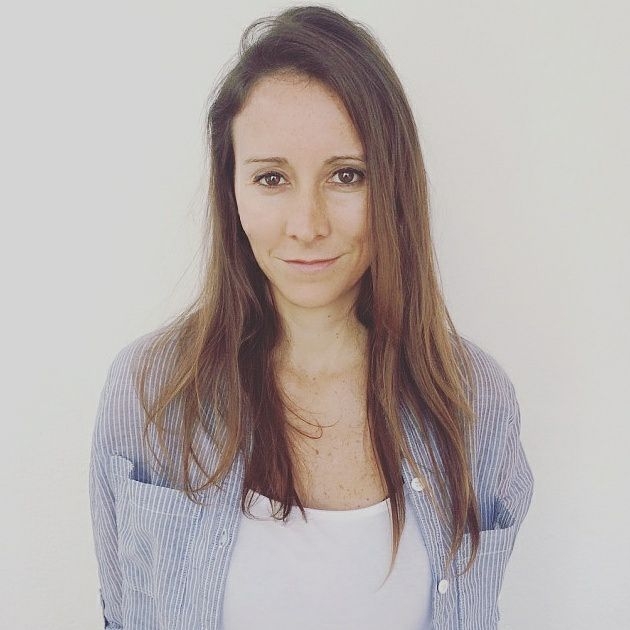 (as seen on Branding Mag)

There is a powerful tool that has the capacity to make us see the world radically different. It is a concept hidden in plain sight. Something everyone has heard of, many could explain, and some would claim to be experts at. But the reality is that the misconceptions about its true meaning and significance are huge. For that reason, the majority of people will never be able to take advantage of its full potential. However, if it gets truly seen and understood for what it is, it becomes like a pair of magic glasses that can completely change the way we approach all aspects of our lives. This tool isn’t anything mysterious or obscure, it’s simply “creative thinking”.

Creativity is often associated with a type of personality structure, with artistic endeavors, and with certain professions and crafts. Some think of it as a waste of time, others as a foreign notion that has little to do with their interests or qualities. The truth is that the real importance behind this skill has been forever misunderstood, even by those who are familiar with it. Like if a shoe, an essential object of everyday use, was mistaken for an ice skate, something used sporadically, and for a very specific purpose. That’s the reason why many people miss the chance to explore and develop this important function of their mind.

Creative thinking is the force that propels us forward in life. It is the type of thinking that has to be applied whenever there’s a need to change the status quo.

Edward de Bono, one of the breakthrough theorists on this topic, demystifies the concept. He says that “creativity is about bringing into being something that was not there before.” This simple definition is actually very profound; and unless it’s contemplated and put into context, its implications will be overlooked. De Bono’s statement suggests that this skill is not a rare biological gift but what allows us to introduce new ideas into the world. Paradoxically, only a very small percentage of the population consider themselves to be creative.

Contrary to the prevailing belief, creativity is about logic as much as it is about innovation. Many people assume (and preach) that it is solely based on intuition and spontaneity – some even claim that it actually opposes logical thinking. This can be easily dispelled by simply taking a closer look at how the mind works.

The human brain acquires information by connecting new input to patterns of previously stored data. In other words, we will only retain notions and concepts that are understood and associated with what’s already in our mental database. This is why, if we hear an incoherent or illogical idea, our intellect will immediately reject it. But certain types of creative thinkers, often artists, believe that the practice should actively avoid structured methodologies of all sorts. Even in the context of more formal, corporate and academic environments, the traditional creative thinking schools tend to use unstructured approaches like brainstorming. These techniques try to force the mind into producing novel ideas without giving it a clear directive that can help it modify the ingrained patterns at its core. But what’s apparently not understood by this group of individuals is that even when using freestyle methods, the results produced need to have some logic for the receiver to recognize and value them.

The brain is truly an amazing machine. It’s designed to consistently find the most practical solutions while investing the least amount of energy. This is what de Bono calls the “self-organizing patterning system”. The hardwired neural networks that carry the acquired information help us act automatically through the use of repetitive unconscious behavioral patterns, allowing us to move in life and not have to pay attention to the small details. Like when we drive a car without needing to review the steps required to do so. This efficient biological mechanism is great for everyday functioning but not conducive to innovation.

We can train ourselves to alter the self-organizing patterning systems by learning how to coerce our minds into taking alternative routes. Through his work, de Bono introduced the notion of lateral thinking: A powerful practice designed to enable us to approach circumstances from new angles. Its objective is to force the brain to think differently about familiar situations, through the use of exercises that block the habitual neural networks from getting activated. An example of lateral thinking can be seen in the documentary The Five Obstructions. The director, Lars von Trier, challenges his friend and director, Jørgen Leth, to remake five new versions of a critically acclaimed short film of his authorship. Each one has to follow a specific set of rules set by von Trier, like turning it into a cartoon animation and filming it in only twelve frames. In this experiment, Leth was forced to revisit his own idea in many different and unexpected ways. The results are astounding, even for the two creators.

The process of liberation

Fear is the main obstacle to overcome in the journey towards creative thinking. It usually shows up as feelings of insecurity, anxiety, and unworthiness, and can gain enough momentum to fully inhibit the production of innovative ideas. This is why the more conventional training focuses on emptying the mind, encouraging spontaneous behaviors, and even making participants face their fears and experience ridicule. It is very true that it is essential to free our system from constricting patterns and beliefs, and these are necessary steps required to do so. To some extent, the techniques offered through the aforementioned training are efficient. But most of the people who teach them often believe that getting rid of the blockages is the end goal, when, in fact, it is just preparing the terrain for the real process to begin.

This can be problematic for those who have no experience on the topic and stumble into these courses. When first attending a creative-meditation workshop, an improv class, or a guided brainstorming, the whole mental structure will get shaken, forcing new types of thoughts to emerge. This, in itself, is obviously a good thing, except for the fact that it’ll make attendants conclude the process was effective and useful going forward. They’ll remain unaware of having gotten only a glimpse of the potential dormant within themselves. For this same reason, many artists and “creators” spend their lives relying on a whimsical, imaginary muse for inspiration.

One of the culprits for the type of fear and inhibition that we are referring to is an erroneous association between creativity and intelligence. Some people think creativity is only available to those who are exceptionally smart. Paradoxically, very intelligent and intellectual persons often believe creative thinking is a useless skill or “not serious” because it’s not based on logic. We already know why both of these notions are false, but the irony in this is that someone with a high IQ and no lateral-thinking training will probably have more difficulties developing innovative ideas than someone with an average IQ who has learned how to apply the method.

Some people think creativity is only available to those who are exceptionally smart. Paradoxically, very intelligent and intellectual persons often believe creative thinking is a useless skill or “not serious” because it’s not based on logic.

There are two types of circumstances in which creativity is required. The first one is when we face a problem that we’ve unsuccessfully tried to resolve through all of the logical and traditional solutions at hand. Countless situations fit into this category given that we are constantly exposed to them in all areas of our lives. An example would be having to give medicine to a tantruming child who refuses to take it.

The second type is when there is no imminent need for change or novelty but they would still lead to an improvement. An example could be related to team management in the workplace. Let’s say that, in this specific case, we are talking about a company with a successful strategy in place that’s been used for over a decade, and —because it works— has never been questioned or reviewed. However, upon closer examination, the potential for innovation and enhancement becomes evident.

The increased awareness about the moments in which creative thinking is useful (or necessary), will make them more easily recognizable. Most likely, we’ve already been unconsciously applying it to resolve problems from the first category. However, the opportunities hidden within the situations that belong to the second group are usually seen only by those people with a trained eye.

The lateral thinker’s way of life

The secret behind structured creative thinking is that it gives the brain the resources to learn how to function differently and still get to the desired destination. This won’t happen through procedures that lack a systematic approach, because our mind is hardwired to consistently use the familiar pathways of thought. Only when a change is forcefully and repeatedly induced, the ingrained structural patterns will start getting modified.

There are dozens of exercises within the lateral thinking methodology. Some were created by de Bono himself, others by people who understand his work. The main objective is always the same one: To alter the way in which information is interpreted. Simulating childlike innocence, applying constrictions, looking at a problem as a pessimist and as an optimist, asking “what if”, changing the angle of observation, and choosing random dictionary words for inspiration; are all examples of the various techniques used. But despite it being a straightforward, approachable, and practical process, it requires determination and a thorough understanding of the supporting theories in order for it to do its job efficiently.

More from our team 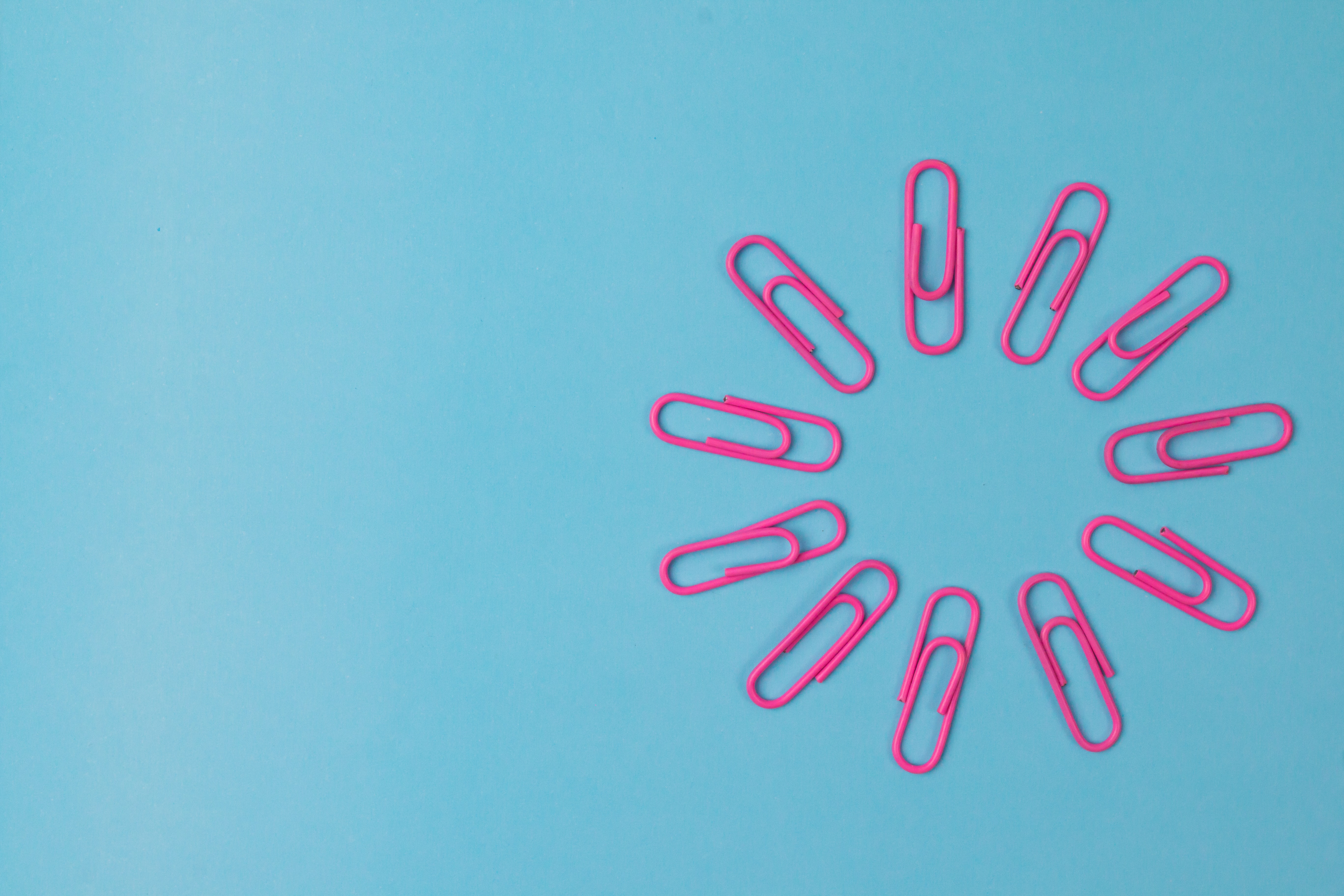 What Can Brand Identity Give Me That I Didn’t Have Before? 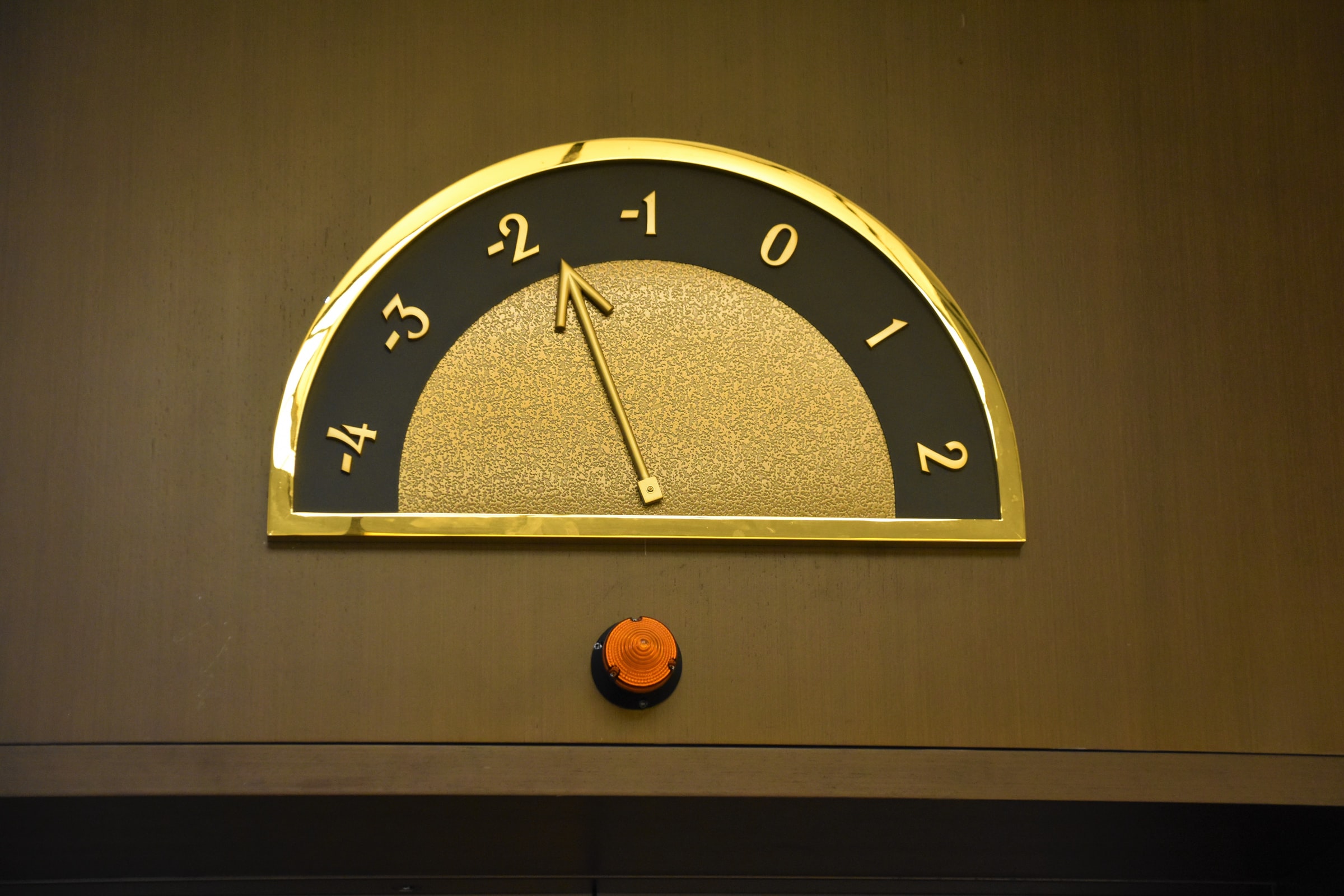 The Elevator Pitch Is More Alive than Ever, as Long as You Get It Right

Subscribe to our amazing (and sporadic) newsletter; chock-full of ideas, free content and discounts that will help you take your brand to its next level.

Thank you! Your submission has been received!
Oops! Something went wrong while submitting the form.
* No spamming! We only send occasional nuggets of gold.

Build your brand, grow your business.